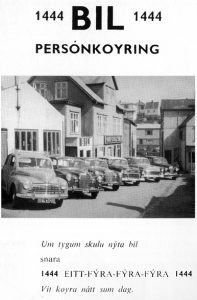 Initially, the station was located in Niels Finsensgøtu, but was moved to Liðagøtu in 1960. Two years later, “Bilstøinin Vágsbotni” was merged with “Bil”.

In June 1963, when air traffic started, the Bil had regular services to and from the airport.

At the time it was that passengers ordered space with one of our cars in the evening or early in the morning before they were collected at home, and the trip then went to Vestmanna (before the tunnel came), where there was a ferry connection to Oyragjógv. From there, a bus or car was taken to the airport and the villages of Vágoy.

For some years we also had a taxi station in Vestmanna.

At the end of 1978, Bil moved in its own room just opposite the current Effo gas station – Gundadalur.

When “Bygdaleiðir” (the official busses) was created, in May 1980, the buses were driven for the first years out of Bilstøðini Bil. Similarly, we had the operation of the first city buses in Tórshavnar Municipality.

At the same time “Bilstøðin Bil” was merged with the “Mini Taxi”. In October 1996, the combined Bil and Mini Taxi moved from the Gundadali Building to the Farstøiðin. 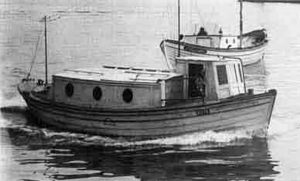 “The times are changed and so do we”, is the wording of a Faroese song. This is also the case with the Bilstøðin Bil. We have a new phone number, which is +298 32 32 32, which is usually shown with 3 x 32. However, it is possible to call our old number for a period.

As the first taxi company in the Faroe Islands, Car Mini Taxi got an app where it is possible to book a taxi easily and conveniently by pressing a button on the phone. Our App has been very well received and can be downloaded from the App Store.

The Board consists of: 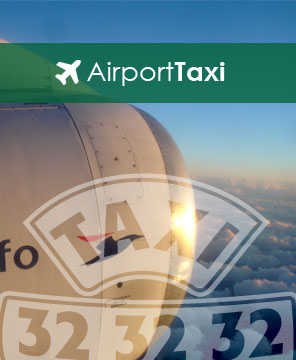